Is the Bill to end Federal Ban on Medical Marijuana a Good Idea?

Home - Health - Is the Bill to end Federal Ban on Medical Marijuana a Good Idea?

In December of 2014 Congress approved a 1.1 trillion dollar spending bill which President Obama signed into law.  This bill states that federal funds may not be used by the U.S Department of Justice to prevent certain states from implementing medical marijuana laws.

It does not reverse the ban on medical marijuana under federal law. The spending bill only restricts the use of funds in a one-year budget bill, which expires on September 30, 2015. Due to the expiration date of the bill drawing closer, senator Cory Booker, D- N.J, announced legislation with Senator Kirsten Gillibrand D- N.Y, and Senator Rand Paul, R-Ky.  If signed into law this bill would reclassify marijuana as a schedule 2 drug, allow for its medical use and research, and amend federal law to allow states to set their own medical marijuana policies. Medical marijuana is a great Alt Med Care.

It would also allow doctors at veteran’s hospitals in states where you can buy cbd oil and medical marijuana is legal to prescribe it for serious injuries and chronic conditions.  Interstate commerce in cannabis oils used to treat seizure disorders like epilepsy would be legal.

“Our federal government has long overstepped the boundaries of common sense, fiscal prudence, and compassion with its marijuana laws,” Booker stated. “These laws must change.”

But, do they really need to change?  Kent Runyon, Novus Medical Detox Center’s Executive Director, disagrees. He believes that medical marijuana needs to be regulated by the Federal government. “Given the health and safety risks posed by marijuana and its potential as a ‘gateway’ to other illicit substances, we strongly urge the government to establish strict guidelines for medical use to help limit children‘s exposure to marijuana,” explains Runyon. “It is a drug that has proven negative impacts on our health.  It has proven negative impacts on children and their likelihood of achievement.  It is a substance that does impair judgment and can contribute to accidents in the workplace and when operating equipment and vehicles.” 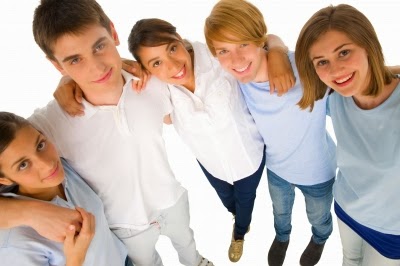 Runyon further stated that, “We must do everything in our power to prevent marijuana from falling into the hands of children regardless of what state they reside.  Adults must be held accountable for exposing children to harm – it is no different than leaving a loaded handgun around the home.  I recommend a required mandatory education for adult users of legal marijuana concerning the risks associated with marijuana and specifically to children and youth.”

Related  A Spider Bite and Its Duration

These are all great ideas. I agree that  marijuana can become addictive depending on the amount of use and the form of use. Yes it is carcinogenic.  And many people report that marijuana  use was a gateway drug to other substances.  There are well-documented studies showing that marijuana use is also linked with auto accidents. However, what about trusting our personal responsibility and civil liberties?

Runyon argues that the government needs to regulate marijuana because it is getting into the hands of too many young people (grades 9-12).

“This age group can only use it if it is abundantly available at an affordable price with a low likelihood of legal retribution.,” explains Runyon.  “Kids cannot travel long distances nor pay high prices.  This means that marijuana has to be available within their neighborhood or range of contacts.  In addition, it has to be low cost in order for most in this age group to afford it.”

“It is also apparent from studies that have been done that the fear of marijuana use is very low,” he continues.  “Most do not fear addiction, physical harm or other negative consequences from using it.  This will continue to decline as legalization occurs.  The message is that marijuana has positive effects and is medicinal.  There are plenty of websites and people advocating for all of the marijuana positives and diminishing the negative side effects.”

Runyon also believes,  “that more children will experiment with marijuana at earlier ages as parents, aunts and uncles, brothers and sisters begin to purchase it legally and have in within the home.  I tried my first cigarette because my father smoked and had them in the home.  It was easy.  This is a new reality in the U.S.”

Related  Peace of Mind: Knowing Who Your Kids Are Around

He also thinks “that Hollywood is sending messages to kids that smoking marijuana is cool.  I see and hear it in movies, songs, and television interviews all the time.”

Runyon and Novus feel that the only way to prevent marijuana from getting into the hands of our children is if the federal government continues it’s prohibition on the drug.  But, what do I think?

As a parent I agree that we need to keep the lines of communication open with our children regarding drug and alcohol abuse. We should talk about it openly in the home and our home should be a safe place for children and teens to present their questions and thoughts on the topic.  Parents need to have more than just their opinions.  Parents should become familiar with both sides of the issues and seek the facts.  Understand the conflicting messages bombarding their children.  Look for opportunities to have honest conversations about marijuana. However,  regulating marijuana does not help society, it only makes things worse.

I want my family to be safe at home and on the streets. I also would like for all Americans to be healthy and free of drug dependence.  Drug laws are not the answer.

Politicians boast about being tough anti-drug warriors, but, the “war on drugs” has failed and can’t be won.  Anti-drug laws have taken away our liberty and personal responsibility.

We can learn a lot from the failure of prohibition in the 1920’s, when alcohol was made illegal. Organized crime flourished. When you make something illegal the demand for that product rises and so does the retail price.  Criminals seized the opportunity to profit from the demand of alcohol during prohibition. Violence broke out in the streets and criminals bought off law enforcement and judges.

Related  How Stress, Gut Health and Autoimmunity Are All Connected

When the American people saw what was happening to their country as a result of the ban on alcohol they supported its repeal.  When liquor was legalized in most states, the criminal gangs were out of the liquor business.

When criminals profit from selling something that is illegal they will do anything to protect their territory and increase their profits. They will even kill innocent people who get in their way. Drug dealers commit other crimes like robbery, theft and burglary  The United States spends billions of dollars each year on law enforcement and prisons for drug related crimes.

When drugs are illegal our civil liberties suffer. We are all suspects. If we get pulled over for example, law enforcement can give us a drug test for no apparent reason. Our property can be seized and the police can say that they suspect it was purchased with drug money.

Some Americans will always drink alcohol, smoke marijuana and use drugs.  Most of them do these things on occasion, socially. Legalizing drugs would make them inexpensive, thus deterring the criminals from selling them to make huge profits.

As parents we can take personal responsibility to keep drugs and alcohol away from our children. If we don’t want our kids to smoke marijuana we can choose not to smoke it ourselves.  If it is prescribed to us from our doctor we can keep it locked up and hidden from our kids.

If you’d like to start learning more about the use of medical marijuana, start by finding out What’s new in burnt river farms.

<a href="https://healthymomsmagazine.net/2015/03/is-the-bill-to-end-federal-ban-on-medical-marijuana-a-good-idea.html">Is the Bill to end Federal Ban on Medical Marijuana a Good Idea?</a>

Why Music is So Important for Childhood Development #SingMonth2015