The Long War and Common Core 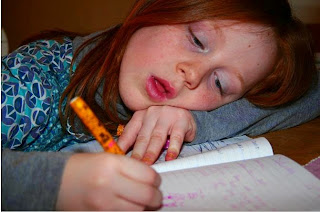 Ever since common core began I’ve been opposed to it.  Common core is the first step of a federal government takeover of our education system.  The designers of common core want every school district to follow the same national standards.  This is wrong for our country and will undermine educational quality and choice.

As parents we need to make sure our kids get the best quality education to insure future success. Donna Hearne, education advisor to President Regan, explains common core in detail in her new book, “The Long War and Common Core  – Everything You need to Know to Win the War!”

Common Core is the progressive left’s way of transforming the country by indoctrination. Using the common core method simple math problems are made more complex with unnecessary extra steps. Ninth graders are required to read books with explicit details about sex in them. The common core high school history curriculum has removed American exceptionalism, and facts about our founders. Instead they teach our kids that throughout history America has discriminated against people of different genders and races.

Some of our children have also been taught that Islam is great and Christianity is evil. Regardless of religious affiliation, some girls in the U.S are encouraged to wear the hijab head covering worn by Muslim women as a symbol of modesty and devotion to god.

“The Long War and Common Core  – Everything You need to Know to Win the War!,” explains this and much much more in detail. As parents we need to know what our kids are learning in school.  I found this book fascinating, but wasn’t surprised. The liberal left with our radical President Obama leading the way, is attempting to fundamentally change our once great nation.  They hate America and what we stand for.

Related  What Does an Adoption Agency Do?

Common core is just the beginning.  Our traditional Christian values which our founders based the constitution on are under attack by the radical left.  On the news we hear about Christians being persecuted, killed and forced out of their countries. While our own United States government is trying to destroy Christianity from within.  We can not just sit back and watch it happen.  We must do something about it.  As parents we can start by getting involved in our children’s education, learn more about Common Core by reading the book, “The Long War and Common  Core,” and electing Representatives who want to protect and preserve our Christian values and end common core.

– Everything You need to Know to Win the War! will be available soon on Amazon.com and your local book store.

About the author:
Donna Hearne, Executive Director The Constitutional Coalition – has a degree in elementary education from Washington University, St. Louis. She is a writer, a radio talk show host for thirty-plus years, and currently serves on a local school board. From 1981-1991, she worked in the U.S Department of Education.  Appointed by President Reagan, she served on several policy-making boards, with an appointment in 1988 to America 2000, the forerunner of Goals 2000 as her last appointment.

*I received a copy of The Long War and Common Core  – Everything You need to Know to Win the War! in exchange for this review. All opinions are accurate and 100% mine.

7 Ways to Feed a Healthy Family on a Budget